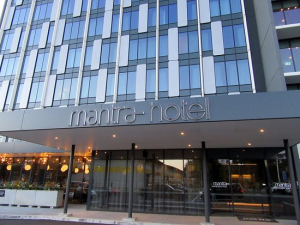 AccorHotels is now the proud owner of a number of iconic Australian hotels after completing the $1.2 billion acquisition of Mantra Group.

The company announced completion of the acquisition, bringing the Mantra, Peppers, BreakFree, and Art Series brands under the Accor brand.

The deal includes 138 of Mantra’s hotels in Australia, New Zealand, Hawaii, and Bali.

Acquiring Mantra Group is the latest feather in Accor’s cap since launching the Novotel Sydney on Darling Harbour in 1991 according to chairman and CEO of AccorHotels Michael Issenberg.

“The Mantra Group is the latest chapter in the strong growth story of AccorHotels in the region,” says Issenberg.

“AccorHotels has become the largest hotel group in the Pacific, and Australia has always played a key role in that story.”

AccorHotels will now operate over 330 hotels and resorts across Australia and over 900 throughout Asia Pacific.

The leadership team from Mantra will remain based in the Gold Coast, working with the new team and reporting to McGrath.

Mantra Group listed on the ASX in 2014, and will now delist following the acquisition, marking the effective “life” of the group as an ASX-listed company.

The French company made its bid for Mantra last October, which was unanimously accepted by the Mantra board.

Accor’s business is mainly focused on hotel-style accommodation and its brands include Sofitel, Novotel, Mercure and ibis. Mantra’s focus is on serviced apartments, which it offers through its Peppers, Art Series, Mantra and Breakfree brands.

Accor is part of one of the world’s largest hotel and tourism groups, AccorHotels which is listed on the French Stock Exchange. In Australia, Accor has a network of over 200 hotels and offers a range of short-term accommodation options. Accor also hold a large number of properties in India.