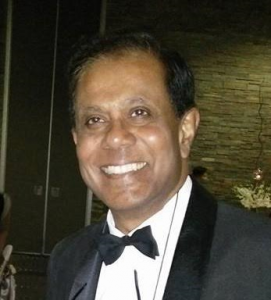 I have just returned from Adelaide, attending the Australia Tourism Exchange (ATE) – Tourism’s Australia’s foremost event, branded this year as ‘ATE18’. It’s was held at the Convention Centre in Adelaide between 15-19April to showcase the tourism experiences that will drive future travel to Australia. Among 2200 travel delegates, there were 22 Australia focused outbound tour operators from India and four journalists representing Indian media.

While there, it was a pleasure to see India receiving big attention from state and regional tourism agencies and various tourism product suppliers. No doubt India is a market with huge growth potential. When it comes to spending, recent figures show 16% increase by Indian visitors.

This increased visitation from India was recently highlighted in SBS television news with an interview with our Co-Chairman Phillip Boniface.

Surely credit goes to Tourism Australia for their various campaigns and initiatives to attract Indians, one such being to appoint Bollywood actress Parineeti Chopra as the first Indian woman ambassador to be a part of their ‘Friend of Australia’ (FOA) panel. She has been in Australia recently to showcase back home some exciting Aussie locations and activities.

Also helping the cause is addition of an extra Air India flight from Delhi to Sydney.

‘India Economic Strategy’, currently under development. I provided some tactical input into this strategy for consideration to grow tourism from India.

When so much is happening to get more from India to Australia, I feel disappointed to see the forthcoming closure of India Tourism office in Australia. According to many travel industry experts, it ends the opportunity to grow together on bilateral travel. The industry is now anxiously waiting to know how the promotional and marketing of India as a destination will happen without the physical presence of India Tourism here.

Before concluding let me share some good news. Indian cricketers are coming down under this summer. To use ‘cricket’ as a catalyst to draw more visitors during the season, Tourism Australia and major state tourism bodies are working on many initiatives. AITTC help is available to work out strategies and campaigns for that.