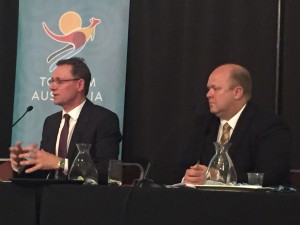 Its Tourism’s Australia’s annual travel and tourism business-to-business event held at the Convention Centre in Adelaide between 15-19April to showcase the tourism experiences that will drive future travel to Australia.

The event, organised by Tourism Australia in partnership with host-state partner, the South Australian Tourism Commission (SATC), and airline partner Virgin Australia, attracted over 2,200 travel industry delegates to Adelaide. This included several Australia focused outbound tour operators and media from India. Overall this year, there were around 650 buyer delegates representing travel wholesalers and retailers from 30 countries, spanning the Americas, Continental Europe, the United Kingdom and Asia-Pacific, to meet and do business with 1,600 tourism delegates from 540 Australian businesses.

“Australia welcomed a record 8.8 million international visitors last year, which was around half a million more than the previous year. Significantly, international visitor expenditure rose six per cent to a record $41.3 billion highlighting that our plans to grow Australia’s visitor economy are well on track,” Mr O’Sullivan said. 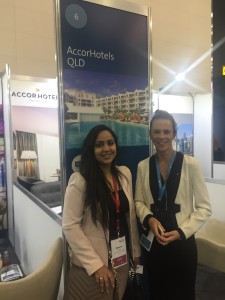 “Importantly, ATE provides a platform for supporting our international consumer travel campaigns by connecting key international travel wholesalers and retailers with Australian industry during the 50,000 business appointments held during the event.

“Ultimately, it is about ensuring Australian holidays are top of mind with the agents who sell our destination to consumers – ensuring we can continue to inspire travellers with our world-class tourism offering and convert the desire for Australia to holiday visits,” Mr O’Sullivan said.

Mr O’Sullivan said the connections made at ATE help deliver around three million visitors each year, spending up to $8.5 billion whilst they are here, thereby helping to further grow our visitor economy.

“The economic impact of ATE is significant and will directly help to boost Australia’s inbound tourism sector, and we are delighted to be hosting the event in Adelaide this year with host state partner the South Australian Tourism Commission,” Mr O’Sullivan said.

“During the week of the event, Adelaide and South Australia can expect an immediate $10 million boost to the local economy,” Mr O’Sullivan said. “Longer term, the relationships and business negotiated at ATE help to secure future travel to Australia, assisting the Australian tourism industry to reach its Tourism 2020 goal of growing overnight expenditure to more than $115 billion annually by the end of the decade.”

Whilst the economic benefits of hosting ATE in Adelaide include an immediate $10 million injection in to the local economy, longer term.

South Australian Tourism Commission, Chief Executive, Rodney Harrex said South Australia is an incredible Australian destination to visit and ATE is great opportunity to remind influencers in the travel and tourism space about the best our state has to offer.  “By hosting ATE we aim to attract more visitors to the state, which will ultimately boost jobs and strengthen our visitor economy,” Mr Harrex said.

India received big attention from state and regional tourism agencies and various tourism product suppliers as India is deemed as the market with enormous growth potential. Recently recorded 16% increase in spend by Indian visitors has been a sensational market performance.

Next year this elite event will be held at the Perth Convention and Exhibition Centre from April 8 to 12, 2019.