The online travel booking platform saw gross bookings at around $27 billion globally. March 2022 was the first month when Gross Bookings exceeded $10 billion in a single month, up by 17 per cent versus March 2019.

In India metro destinations have been among the first to pick up, while leisure locations such as Goa, Ooty, Mcleodganj, Manali, Rishikesh and Gangtok are among the popular summer destinations.

Its reported average daily rates at hotels are up, and people are choosing flexibility of stay where change of travel plans are possible; sustainable travel and longer stay durations are other upcoming trends. Hybrid models of work and leisure for a weekly or monthly period are also being witnessed, and it looks as if these will be here to stay..

Among some of the recent trends, Indian travellers have started looking up for pet-friendly accommodations and, accordingly, the company has opted to include a new filter in its booking window. 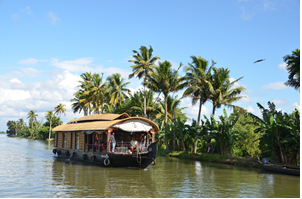 A recent research by World Travel & Tourism Council (WTTC) has revealed the travel and tourism sector’s contribution to the Indian economy could surpass pre-pandemic levels this year, with a year-on-year growth of 20.7%. The forecast from the WTTC’s latest Economic Impact Report (EIR), shows the sector’s contribution to the nation’s economy could reach almost Rs 15.9 trillion (U.S. $215 billion) in 2022, 1% above 2019 levels.

Employment levels are set to grow to almost 35 million travel jobs, with an 8.3% growth this year. Over the next decade, India’s Travel & Tourism’s GDP is expected to grow at an average of 7.8% annually, compared to 6.7% of the India’s overall economy, to reach almost Rs 33.8 trillion (U.S. $457 billion) – representing 7.2% of the total economy. The forecast also reveals the sector is expected to create over 24 million jobs over the next decade, averaging more than 2.4 million new jobs every year.

As reported Julia Simpson, WTTC President & CEO, said: “After the pain suffered by India’s Travel & Tourism sector, the future looks bright with Travel & Tourism to and from India set to exceed 2019 levels. “The outlook for the next decade is looking very positive with India accounting for one in five of all new Travel & Tourism jobs globally.” 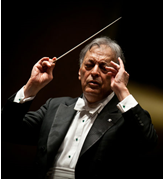 Australian World Orchestra (AWO) is Australia’s true national orchestra, and is firmly established as an Australian global representative for classical music. The AWO brings together Australia’s finest classical musicians, from the world’s greatest orchestras and ensembles, to create a uniquely electrifying musical experience. Back in 2018 AWO toured India and participated in three concerts with world famous Zubin Mehta as the conductor.

The maestro is coming to Australia to conduct AWO in two phenomenal performances of Richard Strauss’s tone poems.

The first to be held in Melbourne on 31 August at the Arts Centre Melbourne and the second in Sydney on 02 September at the Sydney Opera House, For details see www.australianworldorchestra.com.au 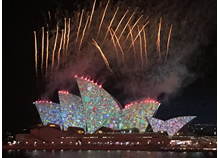 Sharp at 6pm on 27 May NSW Premier Dominic Perottet pressed the button and the sails of Sydney Opera House became alive with various versions of illuminated tapestries – marking the spectacular opening of Vivid Sydney. The highlight of this year’s opening of the Festival of Lights was a spectacular fireworks display. Never before fireworks was zooming from top of the Opera House seen by spectators who beating the winter chill turned up in thousands to see the illuminated version of their city. The entire harbour precinct since early evening wasbubbling with a carnival like atmosphere – something forgotten in the last two years because of the pandemic restrictions. The festival continues every night until 18 June.

Vivid Sydney bares the soul of Sydney through creativity, curiosity and change. After a gap of two years the event is back again this year. For 23 days, the festival will connect Sydney to light artists, music makers, brilliant thinkers and all creatives. Staged for its 12th year in 2022 and managed and produced by Destination NSW, the NSW Government’s tourism and major events agency, Vivid Sydney this year includes art displays, 3D light projections, uplifting live music performances and deep-dive discussions from the world’s brightest minds. Plus, in a festival first, the renowned Light Walk will stretch continuously for 8km, linking the Sydney Opera House to Central Station, with more than 200 LED sculptural birds guiding the way as part of the Future Natives installation.

“Vivid Sydney is an open invitation for Sydneysiders and visitors from Australia and the world, to come and experience Sydney at its creative best after dark. The 2022 festival has been two years in the making and is not to be missed,” Minister for Enterprise, Investment and Trade, Minister for Tourism and Sport and Minister for Western Sydney Stuart Ayres

The Board of Directors of InterGlobe Aviation Limited (IndiGo) in May appointed Pieter Elbers as Chief Executive Officer, subject to regulatory approvals. He will join IndiGo on or before 01 October 2022. He succeeds Mr Ronojoy Dutta (71) who has decided to retire on 30 September 2022, after guiding IndiGo through the turbulent Covid period. Commending his service, Mr Rahul Bhatia, Managing Director of IndiGo said, “The Board of Directors and I would like to thank Rono for effectively leading our business for almost four years with a steady hand through what has been the most turbulent period in the airline’s history and aviation globally”

Since 2014, Mr. Elbers (52) has served as the President & Chief Executive Officer of KLM Royal Dutch Airlines. He is also a member of the Executive Committee of the Air France – KLM Group.

IndiGo is amongst the fastest growing low-cost carriers in the world. IndiGo has a simple philosophy: offer fares that are low, flights that are on time, offering a courteous, hygienic, and hassle-free travel experience. With its fleet of 275+ aircraft, the airline is operating over 1600 daily flights and connecting over 75 domestic destinations and 25 international destinations. For more information, please visit  www.goIndiGo.in.

Lack of adequate direct flights between India and Australia for long had been an issue to grow bilateral tourism. While Air India has been operating direct flights from Australia to Delhi for quite a few years, introduction of Qantas flights to Delhi in December 2021 surely improved the situation. The situation with further improve when Qantas launch new direct route between Sydney and Bengaluru in southern India.

These will be the first non-stop flights between Australia and southern India by any airline and will cut almost three hours off the current fastest travel time from Sydney to Bengaluru, a growing technology and financial services hub.

With a population of 13 million people, the Bengaluru community has strong connections to Australia for both business travel and people visiting friends and relatives. These trade connec-tions are expected to strengthen following the recent announcement of the Australia-India free trade agreement.

Qantas will continue to operate up to five flights a week between Melbourne and Delhi, mak-ing it the only airline offering direct flights between Australia and both northern and southern India.

Qantas also enter into a codeshare agreement with IndiGo, India’s largest domestic carrier, which will give customers improved one-stop access to more than 50 Indian cities.

The proposed agreement will mean Qantas passengers can transit seamlessly from Qantas flights in Bengaluru, Delhi, or Singapore onto IndiGo services to other major Indian cities as well as smaller ones such as Pune and Goa.

Qantas customers travelling on IndiGo will enjoy the same baggage allowance for the entire journey as well as complimentary food and drinks.

The partnership will extend to Jetstar customers who will be able to book connecting flights on IndiGo services through its Jetstar Connect platform on jetstar.com from late April.

“The signing of the Australia-India free trade agreement is a driver of travel demand as trade and investment links expand between Australia and India’s population of more than one billion people.

“Our new direct flights to Bengaluru, combined with the planned codeshare with IndiGo, have the potential to reshape the way many people travel between Australia and India,”, he said

Travel demand between Australia and India continues to be predominantly driven by the Visiting Friends and Relatives market, as families and loved ones reconnect after many years apart.

Both the Australian and Indian markets continue to recovery strongly and we will remain nimble in deploying capacity to meet demand as appropriate.

Tourism Australia’s specialist business unit, Business Events Australia, has rolled out the second phase of its international brand campaign to assist the business events industry in its recovery from the global COVID-19 pandemic. Building on the first phase of the There’s Nothing Like Australia campaign, which was launched in March 2022, this latest phase forms part of a broader recovery strategy to drive demand for Australia as a business events destination amongst incentive and association customers in key global markets. The new film assets bring

to life and build upon the new creative strategy for Business Events Australia, which invites the world to experience the impact that Australia can have on your thinking, by highlighting that Australia is home to TOURISM AUSTRALIA ACTIVITY friendly people with fresh perspectives, shaped by our unique landscapes and way of life. For more information on the campaign and to view the film assets, visit the Business Events Australia website.

IHHA. The one-hour session with some questions from the attendees answered by the presenters.

Tourism Australia’s largest annual travel trade event, the Australian Tourism Exchange 2022 (ATE22) was successfully held at the International Convention Centre in Sydney between 15 to 18 May with over 1100 delegates comprising of international   buyers , Aussie tourism product sellers and media.

The 42nd edition of the nation’s premier event was held in partnership with state tourism agency Destination NSW.  ATE Online to run from 24 to 26 May to connect those unable to attend the live event.

Tourism Australia Managing Director Phillipa Harrison said after two years of travel restrictions due to the global pandemic it was great to be able to welcome international buyers and sellers back to Australia for ATE.

“Despite the challenges of the last two years, there has never been a better time to visit Australia and there are plenty of new and exciting experiences and products to showcase.

“The relationships and future business opportunities built at ATE22 will help to spearhead the tourism industry’s recovery as we move beyond the COVID-19 pandemic.”, Ms Harrison said

Minister for Enterprise, Investment and Trade, Minister for Tourism and Sport and Minister for Western Sydney Stuart Ayres said the NSW Government was proud to partner with Tourism Australia to bring ATE22 to Sydney.

Next year the event will be held on the Gold Coast at the Gold Coast Convention and Exhibition Centre in partnership with Tourism and Events Queensland (TEQ).