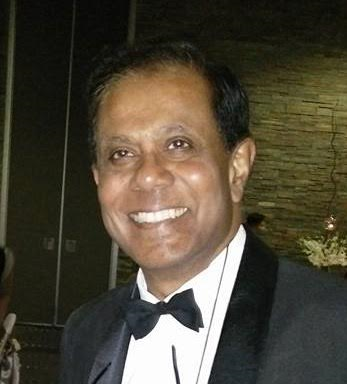 Don’t think, I can begin my note on any other subject other than COVID 19 pandemic – an unprecedented disaster that has brought the world almost to a standstill.

The numbers testify how grim is the situation affecting in every country all industries including travel and tourism.

Lockdown in many countries, closure of international borders, visa withdrawals, reducing the number of domestic and international flights to the bare minimum, cancellations of all travel in the imminent future – this leading to in some cases shutting down of airlines, hotels and tour operators – tells how badly tourism is getting affected. All major tourism trade events in the near future are cancelled, this includes ITB Berlin. ATE2020 in Melbourne and GITB in Jaipur. Even the Tokyo Olympics scheduled for July has been postponed by 12 months.

During these unfavourable circumstances, as a travel and tourism expert I am being regularly asked “Shall we be able to travel again?”

“Yes of course”, I say knowing travel is an essential urge in humans since time immemorial.

What I am not sure is the timing of when the situation will normalise, so until that happens let’s think and plan on how to regain the lost regime. Tourism Australia is taking the breathing space afforded by this downturn to look at a possible revamp of its marketing of business events. While speaking at the first of a series of weekly industry webinars being convened Phillipa Harrison, Managing Director Tourism Australia said as flight networks start up again, Australia is one of the key destinations included in the plans of resurgent carriers.

As a result of forced isolation, many innovative ideas are coming out to keep the industry energized and connected like regular webinar sessions from industry bodies, virtual fam trips for travel agents, tour operators and media and flooding social media with photos of exotic sites to keep people hoping to be there one day.

In this context I have a request to producers of television travel  shows and publishers of all travel related print and digital publications around the world. Please don’t discontinue travel shows on television and don’t stop publishing travel pages as because travel is restricted now. In today’s difficult times, possibly these footage or pages can create a sense of hope – can energise the reader’s mind, bring positives in their thoughts and at times provide a route to escape from reality as it’s needed also to survive.

Early March I was in India for work and while there had a meeting with Andrew Ford, the Consul General of Australia at the newly opened Consulate in Kolkata. We have agreed to work on opportunities to make Australia more known in the nation’s eastern zone and to see growth in numbers of leisure tourists travelling to down under.

En-route to India I stopped over in Singapore and had a meeting with G.D Bairwa Assistant Director India Tourism and responsible for Australia market. We discussed avenues of how AITTC can effectively work on initiatives in partnership with India Tourism to increased tourism traffic from this part of the world.