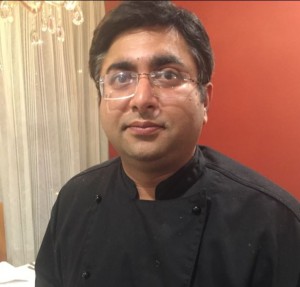 After completing his MBA from Southern Cross University in Australia, Ayushman Anand worked in the telecom industry with UK Telecom and Tata for around seven years. However his passion for the hospitality industry brought him back to Australia in 2012. He opened Cinnamon, an Indian gourmet nest in Launceston to give Tasmanians a taste of a cuisine that will inspire them to visit its source. To move from telecom into food, he learnt all about the epicurean magic from Michelin Star chef Lancy Mentenca. Success of his Launceston initiative inspired him to open Cinnamon in Hobart in a much bigger way.

Since opening, the plush restaurant, located  at Hunter Street with Macq01 Hotel has become a star in the Hobart food scene. Born in India, Ayushman’s passion goes beyond food. He is working on many projects to inspire travel of local Tasmanians to India and vice versa which fits in with the objectives of AITTC.