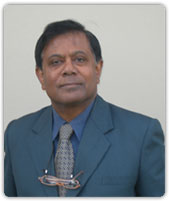 “Writing is my passion”, says freelance international travel writer and photographer Sandip who has formal qualifications in engineering and business management; and while working as Executive Director of Strategy Services Group in the corporate business world, he mysteriously finds time to pursue his pastime for traveling and writing. He has travelled to 55 countries in 5 continents and has portfolio of 250 articles published in reputed print and on-line media in Australia, India, Singapore, Gulf and Thailand. Over the years he has developed extensive contact in the industry in Australia and India where his thoughts are regarded highly. He is a Member of the Australian Society of Travel Writers (ASTW) , Foreign Correspondents’ Association (FCA) Australia and; South Pacific , Travel Industry Curry Club of Australia (TICCA) and Australia India Business Council(AIBC) . 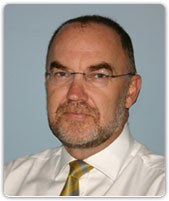 Ian has over thirty years experience in the tourism industry and has held management positions both in Australia and overseas in retail, product development, inbound and Olympic tourism marketing areas.He is currently Manager, International Operations with Tourism New South Wales – his responsibilities include the management of strategic and tactical marketing plans, including both consumer and trade marketing activity, in the key international markets of Europe, the United States, Asia, Japan and New Zealand. He is also responsible for six overseas offices as well as the head office International Operations Unit. Ian is a former Chairman of the New South Wales Branch of ATEC and a former Chairman of the Sydney Canberra Chapter of PATA. 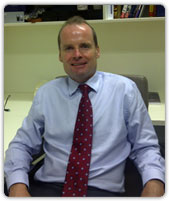 An Economic History graduate with master in Asian Studies, Dale is a familiar figure in the Australian airline fraternity. For the last 23 years he has been with Singapore Airlines, which offers an extensive connection between Australia and India. He has worked with the airline in various senior sales and marketing roles in Australia, heading up commercial for the last 8 years. He has a passion for travel and when not travelling for work, loves to take on off the beaten track. He is well known in the marathon running circuits and regularly competes in some of them in Australia and overseas. 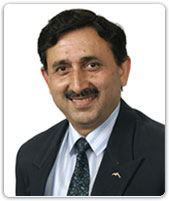 Associated with India’s National Tourism for over 25 years, Shanker has been the face of India Tourism in Australia for decades. Based in Sydney, he headed Australasia region which includes Australia, New Zealand, Pacific and other ASEAN countries. During his time tourists figures from down under to India grew from 16000 to over 160000 annually. He is credited with, planning and execution of India’s two most creative and highly successful marketing campaigns – ‘Unforgettable India’ and ‘Incredible India’. He is passionate about tourism between Australia and India, so he continues to work towards mobilizing synergy between several bodies to improve the perception of both these destinations, having tremendous tourism opportunities. 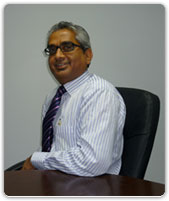 Currently Managing Director of ACR International Travel & Tours (ACR), Arnold brings in over 30 years experience in the travel industry. As a successful travel agency operator he has established valued relationship with major airlines and tour operators in Australia and overseas including India. He has good experience in areas of corporate travel, consolidation and business development for wholesale travel packaging. In 1999, he was nominated by industry peers for the AFTA Excellence Award for best CBD corporate travel agent. His connections in Australia and India will help to facilitate enhancing bilateral travel at a time when relationship between the two nations is nearing peak. 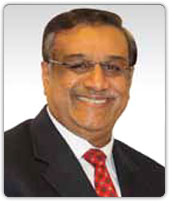 New Delhi based SanJeet is an eminent figure in the travel and tourism industry India . He is the Director, Buzz Travel Marketing and Publisher, Durga Das Publications Pvt. Ltd, which is a specialist in travel trade publications He also heads DDP Exhibitions that represents major international travel shows in India. He is part of associations such as PATA and FICCI which are an integral part of policy formulations in the travel and tourism industry. He began his career with Times of India and has worked in many other Bennet & Coleman publications. An avid reader, a sport enthusiast and a relentless traveler, SanJeet is a restless soul at heart-always looking for newer challenges to conquer.