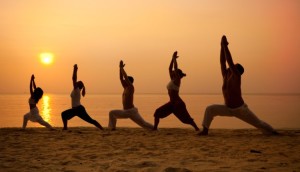 In December 2014, the United Nations General Assembly declared June 21st as the International Day of Yoga after Indian Prime Minister, Mr. Narendra Modi’s call for its adoption during his address to UN General Assembly in September that year. Since then 21 June is a big day in India when visitors from round the globe gather in Delhi to participate in the International Yoga Day for a holistic approach to health and wellbeing. As a part of this occasion, Indian Cultural Center, Consulate General of India, Sydney has organized several pre-yoga day sessions which includes deep meditation learning, workshop on wellness and  ‘Raja-Yoga’, demonstration on techniques of pranayama and posture and many more to give locals a taste of the age old tradition from India