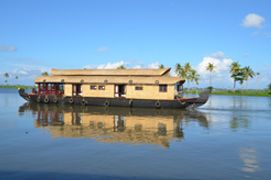 Sensing the immense and innumerable possibilities of promoting Kerala as a destination for ‘Adventure and Activity based Tourism’, the State Tourism Department is focusing on developing new projects to utilise the same, said Tourism Minister Kadakampally Surendran. Inaugurating a one day workshop organised by the department to give shape to its tourism policy, the Minister said that the need and time has come for the tourism department to evolve itself to cater to the needs of activity and adventure based tourism from now on.

While the primary focus at the workshop had been to find new possibilities to take adventure tourism forward in the state, the minister stressed on the need to work closely and in coordination with the Forest Department to realise the goals in the adventure tourism sector. Kerala Tourism is currently planning to re-brand itself and find new avenues to take the sector forward in order to double the tourist arrivals by 2021. Keeping this in mind the department will now start a new ‘Tourist Circuit’ based out of North Kerala and will shift focus from areas it had been concentrating all this while to specifically give thrust to Adventure Tourism with the sole aim of attracting more youngsters to the state.

Speaking at the workshop, Dr. Venu Vasudevan, Principal Secretary, Kerala Tourism opined that the cooperation and coordination with the Forest Department is of paramount importance for the growth of adventure tourism in the state and that this could be achieved without violating any of the existing environmental laws. A theme paper on setting up the new draft policy on adventure tourism needed in Kerala was presented by Member of the Executive Council of Adventure Tour Operators Association of India Dr. T Samuel. P. Bala Kiran, IAS, Director, Kerala Tourism said that for the first time in the history of Kerala Tourism the numbers of the in-bound foreign tourists have swelled beyond 1 million and that domestic tourists arrivals have touched 1.38 crores.