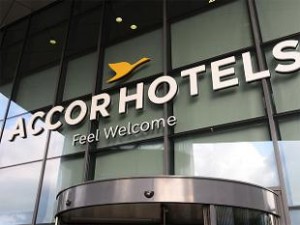 In an Australian first, AccorHotels has announced its first vertical dual hotel integration to be launched in Melbourne CBD in late 2018 in conjunction with Singapore-based owners, Well Smart Group.Spanning 36 levels and 483 rooms, the dual hotel project – Novotel and ibis Melbourne Little Lonsdale Street – is the first development where two brands will share public spaces including reception lobby, food and beverage, and leisure facilities across one tower.

Chief Operating Officer AccorHotels Pacific, Simon McGrath said, “This is a significant, first of its kind development for Melbourne and AccorHotels.“While dual-branded hotels are not new and we have many examples of those, it’s certainly a global first for us to open two hotels that are scaled in a vertical integration. With development real estate in CBD locations becoming increasingly sparse and with construction costs soaring, it makes perfect sense to literally scale up and maximise the investment across a number of brands and price points.

“The hotels will be able to share back of house facilities from kitchen to engineering, common areas and even staff in housekeeping and finance resulting in greater efficiencies, but importantly, each property will maintain its brand integrity, standards and product experience that our Novotel and ibis guests have come to expect.

“Our loyalty base is growing at 40,000 new members per month and by the time the hotel opens we expect to have around 3 million loyalty members in Australia. Our members will be incredibly excited about the opening of Novotel and ibis Melbourne Little Lonsdale Street, not only for its location but for the quality of the facilities, the F&B offerings, and the hotel’s cutting edge design.”

The hotels, currently under construction, are located in a prime CBD position at 399 Little Lonsdale Street Melbourne. Novotel and ibis will share two restaurants and bars and a fully-equipped gymnasium, as well as 10 meeting and event spaces. Car parking will also be available. Novotel and ibis Melbourne Little Lonsdale Street will expand AccorHotels’ presence in Melbourne CBD to over 25 hotels and 3,600 rooms.