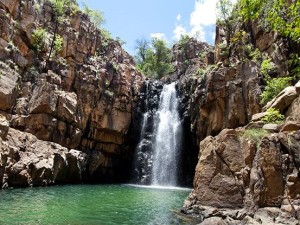 The Territory’s Top End was named at Number 12 on the annual list, which is is one of the most esteemed and referenced travel guides in the United States.

The New York Times compiles the hot list of 52 global destinations to inspire travellers for the coming year, with destinations ranging from both well-known and off the beaten track.

The NT was one of only two Australian destinations to make the 2018 list, with Tasmania featuring at number 33.

The highly regarded travel journalist writing: “Australia’s remote Top End – the northernmost hunk of the NT – is experiencing an uptake of tourism to its Aboriginal communities, the world’s oldest civilisations, according to 2017 DNA analysis. The 2017 Darwin Aboriginal Art Fair saw record crowds, while new camps, tourism and indigenous partnerships are afoot in 2018.”

With a print audience of almost 600,000 and a massive monthly online readership of 30 million, the New York Times list has delivered money-can’t-buy exposure for the Northern Territory and is testament to the Territory’s world class, unique and exceptional cultural experiences.

Indian market may note this and start including the red territory in their itineraries.