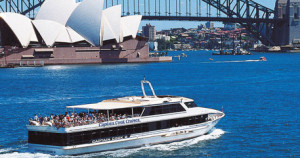 Ultimately Sydney has launched a full-day Sydney’s Hottest Precincts tour showcasing four of the city’s emerging neighbourhoods. Travelling in style in a 14-seat Mercedes-Benz, guests visit the foodie precincts of The Cannery in Rosebery, for tastings at Three Blue Ducks, 80/20 Paleo and Archie Rose Distillery; The Streets of Barangaroo for juice or coffee at Joe the Juice, plus vermouth tasting and a paired plate at Banksii restaurant; the Tramsheds Harold Park, for tastings at Naked Foods,  and slow-cooked meat and local craft beer or cider at Butcher and the Farmer; and Kensington Street, Chippendale to explore Spice Alley and take a six-wine master class at Handpicked Wines. Nom Nom.

Featherdale Wildlife Park in Western Sydney has introduced Breakfast with a Koala. After a continental breakfast, guests can have a cuteness overload by meeting with a koala and chatting with a knowledgeable zookeeper. The 45-minute encounter takes place at 8.15 each morning in the Drovers Hut Function Centre.