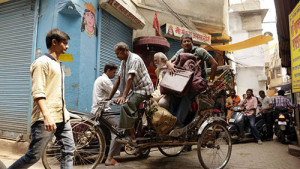 The Sydney Film Festival is an absolutely essential part of the city’s festival calendar. Now in its 64th year, the festival present hundreds of international films to show the world from a different angle. The films showbiz different culture , social scenarios and natural beauties which in combination acts like a cliché to inspire tourism to those destination from where the film has come. Films from India showcase India and for many acts as a drawcard for the nation. This year there were four films. Screened at the prestigious State Theatre, ‘Hotel Salvation’, captures the liveliness and strangeness of Varanasi which is a tourism haunted destination in India while ‘Sexy Durga’ paints a claustrophobic air of menace in modern India. ‘Newton’ a comedy film shows perils of democracy in India while ‘An Insignificant Man’, a documentary draws a captivating portrait of a political leader. All of the films drew much attention of local audience and hopefully some will be inspired to travel to India