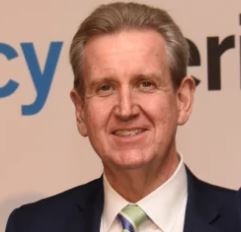 Foreign Minister Senator the Hon Marise Payne recently  announced the appointment of The Hon Barry O’Farrell AO as Australia’s next High Commissioner to the Republic of India. He will replace Ms Harinder Sidhu.

Mr O’Farrell will also have non-resident accreditation to Bhutan. Australia and Bhutan enjoy a warm relationship, built on strong people-to-people links and cooperation on international education.

Mr O’Farrell served in the Parliament of New South Wales from 1995 to 2015, including as the State’s 43rd Premier between 2011 and 2014. As Premier, Mr O’Farrell initiated and led annual trade missions to India to promote economic, cultural and social links between New South Wales and the states of India. He has also served as NSW’s Special Envoy for India and has made a significant contribution as the Deputy Chair of the Australia India Council Board.

Mr O’Farrell has a Bachelor of Arts from the Australian National University, Canberra. Born in Melbourne, Mr O’Farrell grew up in Darwin. He is married to Rosemary and they have two adult sons.

I thank outgoing High Commissioner Ms Harinder Sidhu for her significant contribution to advancing Australia’s interests in India since 2016.