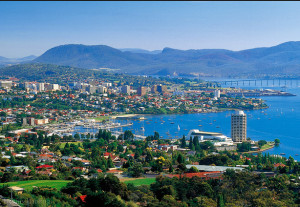 Tourism booms in Tasmania and the ACT have helped Australia reach a record 8 million international arrivals for the year ending September 2017. A new report by Tourism Research Australia (TRA) shows overseas visitation to the Apple Isle and the nation’s capital grew by 17% and 10% respectively, while spending rose a whopping 33% and 27% in each region.

With spending growth coming largely from Asia, India in particular has shown a rapid rise over the past five years, with expenditure more than doubling (+109%) since the year ending September 2012 (from $694 million).

With almost all states and territories recording growth in arrival numbers and spend for the year, nationwide visitation grew a healthy 7% and expenditure by 6% (to $41.2 billion).

Although growth was “modest” for out second biggest market New Zealand (+1%, to 1.2 million) and long-haul stronghold Britain (+1%, to 677,000), all of Australia’s key markets showed growth during the period.