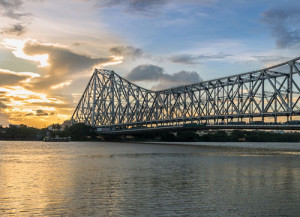 Kolkata’s metro network is being extended under the Hooghly River, making it the first “underwater” metro line in India.The Times of India reports that the new line will link the Howrah area of the city, which lies on the west side of the river, with Sealdah railway station on the east side.“It will be connecting two main terminals, Howrah and Sealdah, each of which has a footfall of about 1.2 million) passengers per day,” Satish Kumar, managing director of the Kolkata Metro was quoted saying. Tunneling work is already underway, with approximately one million tonnes of mud already having been displaced, according to the report. And the project faces further challenges; the tunnel will also stretch beneath many heritage buildings, so engineers need to ensure they are not endangered.