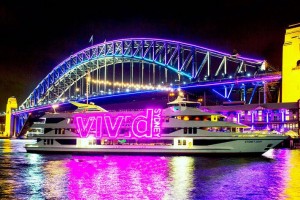 THE 2018 program for festival of light, music and ideas, Vivid Sydney, has been released.

This year’s edition will feature a new precinct at Luna Park, with the amusement park to be fitted with a large-scale projection for the facade of Coney Island and the Ferris Wheel will be lit up.

Vivid Sydney 2018 will see the return of Customs House while a blend of everyday objects and Australian-inspired motifs will light up the Sydney Opera House.

Other precincts to take part in the event include Taronga Zoo, Darling Harbour, Chatswood, Barangaroo and Kings Cross.

The festival will run over 23 nights from 25 May to 16 Jun and last year attracted 2.33m attendees, delivering $143m of visitor expenditure.